David Cameron likes to describe people who work hard and save money as those who ‘do the right thing’. Cameron is a self-professed Christian and I would be fascinated to hear where he finds support for this approach in the teachings of Jesus. 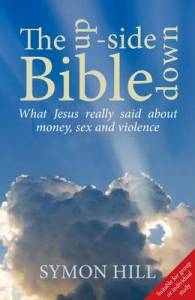 The gospels are pretty negative about saving money.

Take the ‘parable of the rich fool’, which you can find at Luke 12, 13-21. A rich man replaces his barns with bigger ones in order to store ‘all my grain and all my goods’. He then relaxes, knowing he has plenty of possessions on which to rely. God appears and calls him a fool, saying his life will be taken that very night. ‘And the things you have prepared, where will they be?’

Many Christians insist that it was not the man’s wealth that was the problem but his attachment to it. But the question at the end seems to be mocking the efforts he has made to accumulate it. Just afterwards, Jesus urges his disciples not to worry about what they will eat and wear. ‘Consider the ravens,’ he says. ‘They have neither storehouse nor barn, and yet God feeds them.’

Elsewhere, Jesus urges his listeners not ‘to store up treasure on earth’ but treasure in heaven. He told a wealthy man to give all he had to the poor. Urging people not to boast about their generosity, he encouraged them not to let their left hand know what their right hand was doing. It is difficult to imagine Jesus entering his daily income and expenditure on a spreadsheet.

Jesus was acting in a strong biblical tradition. When the Israelites fled Egypt – where food was stored in barns for the elite – they had to rely on ‘manna’, food sent by God on a daily basis that went rotten if kept until the next day.

I have recently been showing Jesus’ teachings to non-Christians who were new to the Bible (as research for my new book, The Upside-Down Bible). I was not surprised that some of them regarded them as over-the-top. Dunyazade, a Muslim, contrasted Jesus’ ‘extreme’ encouragement to give away everything with the apparently more realistic Muslim requirement to give a percentage of your income away. Carl, a left-wing activist, approved of Jesus’ words on the grounds that they support ‘the ideals of socialism’. Sally, a charity fundraiser, saw Jesus reflecting the reality that it is often some of the poor who give the most to charity.

The gospels imply that at least some of Jesus’ disciples lived in community, sharing a common purse. This may have removed day-to-day fears about having enough to eat while making things very uncertain and precarious in the longer term. This style of living was itself a radical witness to the Kingdom of God, contrasted with the kingdoms and values of this world.

I recently heard a politician suggest that financial advisers should be stationed in food banks, to help their users to manage money. Perhaps he thinks the sharp rise in food banks has been caused by an outbreak of financial mismanagement. True, charities provide a valuable service in advising people on looking after their finances, but this is different to seeing such matters as the cause of the problem. I have always been baffled by the common middle-class belief that the act of entering numbers in columns generates food.

The idea of saving money and looking after it is so venerated in today’s society that any rejection of it seems extreme. Perhaps it’s time for Christians to acknowledge that this is what Jesus’ teachings are: extremist.

My new book is The Upside-down Bible: What Jesus really said about money, sex and violence, which was published by DLT on 26th November in paperback and eBook, priced £9.99. The above post appeared originally on the DLT Books Blog as part of a series of five posts looking at Jesus’ parables in the light of my research for the book.